The New Up’s music has been described in many ways, but NBC said it best when they called it "A clear standout... [this] San Francisco five-piece specializes in dark, dreamy rock with gorgeous female vocals", or perhaps Flagpole hit it on the head when they coined the band’s music as, "striking, exotic and brashly coherent indie pop that feel[s] like the sonic equivalent of a thrill ride". However you describe it, The New Up’s music promises to integrate catchy and interesting vocal melodies, ethereal vocal harmonies, powerful lyrical themes and beats that make you wanna move.
In their San Francisco artist pad known as the Pleasure Pad, they have spent the last twelve months intensively writing and crafting their upcoming release. With a heavier helping of electronics being served up on this newest effort, The New Up is incorporating the sleek electropop feel into their music that has so long mesmerized them in the works of some of their influences. This new direction continues a long tradition of artistry in their song craft that inspired Performer Magazine to refer to their music as “creating an artful sonic balance that’s miles beyond the typical indie-rock release... smooth, elegant vocals... and expert pop arrangements." and prompting Behind the Hype to call them, "Metric with a touch of The Rolling Stones, with a front woman with an addictive, classy, lingering voice."
By creating these new tracks in their home studio by building around the electronic parts of the songs, they’ve evaded any confines of the band’s prior standard formula of guitar, bass, drums, flute and electronics; bringing their sound smack dab into the center of contemporary electro rock. Featuring ES Pitcher on vocals and guitar, Noah Reid on guitar and vocals, Hawk West on flute and automation, Erik Lekas on bass and Aaron Xavier on drums, the band has gained a reputation for their energetic and performance-based live shows. However, with the exception of a couple of national and international festival appearances in 2011, The New Up has largely been locked in the sonic “laboratory”, away from the lights, costumes and crowds of the stage. Having previously spent much of their time on the road, with three National tours and countless regional tours under their belt, this is the greatest amount of time the band has spent strictly in the studio.
The New Up released their fourth studio effort, Gold, the final in a series of three EPs, at the end of 2010. Broken Machine, the first critically-lauded EP in the series, charted on the CMJ Top 200. The second EP in the series, Better Off, garnered extensive national airplay and earned positive reviews from numerous critics. The Athens Banner-Herald observed that Better Off "bears a song craft light years ahead of many contemporaries," while Blogcritics said the EP "exemplifies how The New Up has not only grown as a band over the years, but why they can't be boxed into any particular genre" and "proves The New Up is getting better at what they do all the time". The band has been featured on MTV2 countless times and was crowned #1 Bay Area Break Out Band by fans on MTV2 and Ourstage. 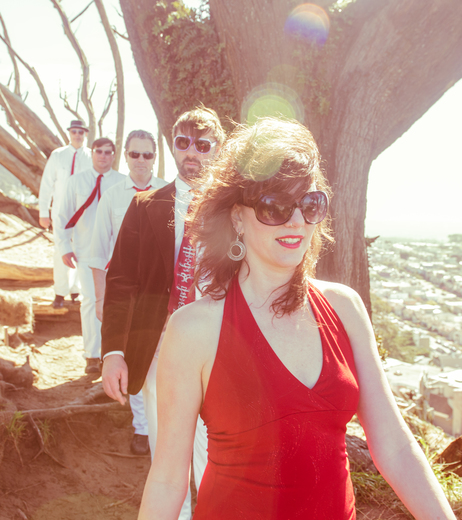