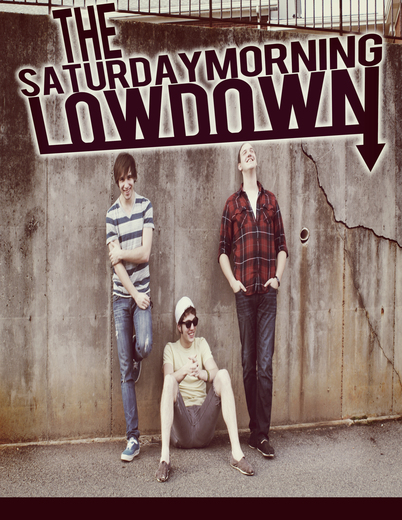 About The Sautrday Morning Lowdown

Where what many would say is the most unlikely setting to start a rock band, Jonathan Freeland and Greg Tyndall met, befriended one another, and ultimately formed what is now known as The Saturday Morning Lowdown. While attending The Cobb County Center for Excellence in the Performing arts in Mableton, GA, both Greg and Jonathan were both immersed in the world of classical music and dance training. Both majoring in dance, music often took a back seat to classical ballet classes. However, in their senior year of high school Jonathan formed a makeshift band to perform at a showcase intended for classical voice, scenes, monologues, and dance. After doing so, they were asked to play live music for another production which prompted the idea of possibly starting a band in the long run. After graduating the two parted ways, Greg pursuing a degree in classical ballet from Indiana University and Jonathan a musical theater degree at Point Park University. Still yearning to create music together the two wrote songs during breaks, recorded demos in their dorms, and rehearsed over video chat. In the summer of 2011, the two teamed up with another graduate of CCCEPA, A.J. Ashcraft, and recorded their first EP, "Take Another Shot." As the record is going through the process of being mastered, Greg and Jonathan continue to write music in addition to performing in many productions at their respective schools in hopes that they may be able to realize their dreams of being able to share the music they love with as many people as they can.