About The TradeMark Experience

Raised on 13th and Morris Sts. in South Philly, The TradeMark Experience has been described as "original," "like no other artist," and "a breath of fresh air." Indeed, TradeMark's unique combination of intelligence, creativity, and charisma has created a serious buzz in Philly and beyond! His outrageous, over-the-top live performances have set him apart from his peers, and his fun-loving, laid-back persona has endeared him to millions worldwide! He is truly one of a kind - too strange to live, too rare to die.

TradeMark's sound is very difficult to categorize, because his versatility is simply unmatched. TradeMark challenges the boundaries of hip-hop, electronica, and pop to create a sound that is almost impossible to pigeonhole into any one genre. With three albums and six mixtapes under his belt, two side projects in Big City Nights and Phalynx, an ever-growing fanbase, radio play on Philly's 100.3 The Beat and Q102 as well as Pandora Radio, and coverage on major music blogs and websites such as AllFlamerz, VladTV, The Hip Hop Update (HHU), Philebrity, Katy Perry's Facebook fan page and more, the future seems bright for this up-and-coming superstar! So join the movement, and watch as TradeMark fulfills his destiny... to be the biggest sensation in the history of music and entertainment! 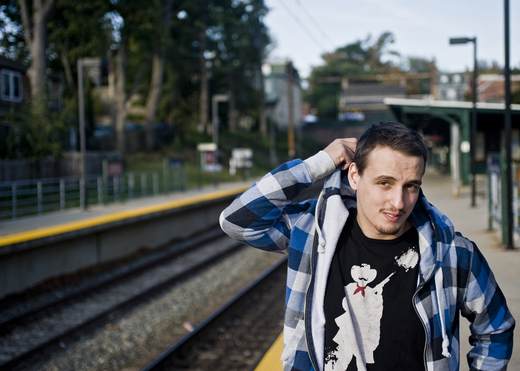