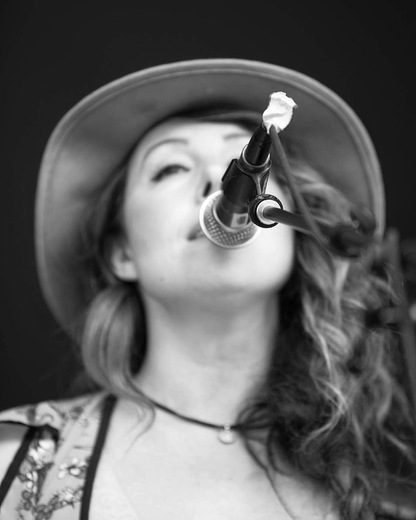 “Since releasing her debut album, T. Nile has toured throughout North America and Europe, winning adoration from fans, accolades, and awards (as well as a few blown-out engines).

Quite a ways from her humble beginnings in a tiny cabin on Galiano Island, British Columbia; Nile was groomed for a musical life. Her dad was a street musician known professionally as “Dan The Man, The One Man Band.” From the time she was six until she was fourteen or so, every school holiday she traveled with her father around the Vancouver area and Victoria; down to Venice Beach, San Francisco; even Australia.

Today, T. Nile is known by her fans as a genre-disrupting sorceress of sound. With the release of Tingle and Spark, she has pushed the musical boundaries, demonstrating a remarkable ability to fuse traditional folk instrumentation with contemporary sounds. “Working with both acoustic and electronic instruments gives me a sense of unlimited musical possibility,” she says, comparing the capabilities to “a field of wildflowers versus a vase of flowers.”

Following a break from touring to care for her father who passed away this year, T. Nile is ramping up to spend much of 2017 on the road in Europe, the USA and Canada.