Torch- Born Kevin Belnavis, grew up in the Castle Hill area of The Bronx, NY. It is this neighborhood, situated between the two main highways connecting the tri-state area, that influenced his life and the actions that would lead him to relocating down south. Throughout the 1980's, Castle Hill became a constant pit stop for the drugs and violence that consumed many inner city communities in the northeast.In a valaint but unsuccessful effort to save her son and keep him out of prison orSuccumbing to the fast life and even faster money that flooded his neighborhood ,Torch was sent down south to live with his older sister in Miami.It was while in Miami, at the age of 16,  that he met his future business partners and group members ,Rick Ross & Gunplay, and formed the infamous  Carol City Cartel aka TRIPLE C'S. Despite his family efforts, Torch stilled ended up doing a brief stint in prison; when he returned home he gained news his friend and business partner Rick Ross had a hit record: "Hustling". This news madeTorch realize that it was time to get serious about life and start focusing on the professional music goals he and his partners started before his incarceration.

Once noted as "What hip hop's been missing" by record executive/producer L.A. Reid. This multi-talented artist, producer and entrepreneur has been involved in multiple collaborations with some of the hottest talent in Hip Hop, Rap and R&B; including ghost writing contributions for a few Billboard musical hits.

CEO of New York based Specialyst Entertainment and co-founder of Carol City Cartel. Torch represents one fourth of the rap group Triple C with Def Jam/ Maybach Music's Rick Ross, Gun Play and Young Breed. With Triple C's highly anticipated 2009 album Custom Cars and Cycles landing on Billboard Charts Top 200, #2 Hip Hop/ Rap Album, turning conflict into currency with his controversial thought provoking lyrics, Torch continues to blaze trails throughout the music industry. He oozes drive, determination,all fitting into a plan to be recognized as one of the best 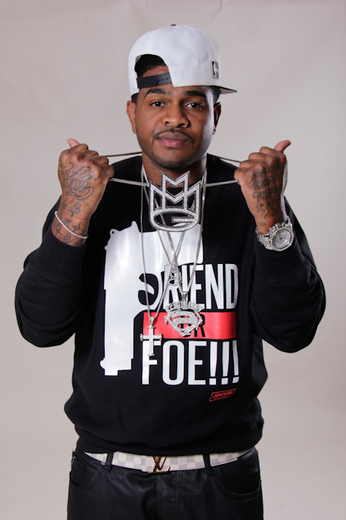