BIO
TPT (Trials Pain Tribulations)  is an Austin, Texas born and raised Hip Hop artist who prides himself in making music that people can relate to. He began rapping at the young age of 12, idolizing Hip Hop legends such as Tupac Shakur and Biggie Smalls. Keeping it simple, recording on a basic Sony tape recorder with a few friends from his neighborhood, TPT realized his natural gift for rapping. Upon his discovery, he shifted gears and began exploring the music business on a more serious note. Not long after TPT decided he wanted to learn more, so he then enrolled in the Music Technology Recording Arts program at Foothill Community College. TPT gained a lot of inspiration in his Songwriters’ workshop course taught by Veteran songwriter Jim Bruno. As well as he learned about music production in his “Producing in a Home Studio taught by Bruce Tambling. TPT is actually still in school now learning everything about music from History to composing, even taking an interest in Mozart and Beethoven TPT currently records at Spitshine Studios with Russ Pickman of Austin, Texas. In has performed at multiple venues including Spinner’s Live, Pondorosa, and Austin Lounge. TPT has recorder over 35 full-length albums averaging about 12-22 songs each. He works with multiple local artist including HHP, Yung Green and US as well as many Beat Makers such as Beezy Beats, TY Beats, Pixel Beats, Super Mario Beats, just to name a few. He also has released multiple music videos such as “Jump In” and “Hands Down” which both reached over 40,000 views in their first week on YouTube. Then not far after the videos for “Voices” a track from his upcoming album and “Bout Mines” a HHP track he’s featured in dropped a week apart recorded by Righteous One’s Johnnie Cade. TPT just recently dropped “Reaper” which is Vol.2 to his REAL MUSIC series and Vol. 3 Psychosis. The 4th edition to the Real Music Series will be coming out in the near future, entitled "Last Caesar". He also recently released his music video to “Survive” a very deep and emotional song about life. This video can be seen on both Youtube and Vimeo. Also he has 2 video releases that dropped at the end of 2013 and the beginning of 2014 “Slow Motion” feat Beezy and HHP which was shot this Fall with Righteous One’s Johnnie Cade dropped Christmas 2013 as well as Last Caesar shot by Jay Mackall of Grind District which released New Years. Currently TPT is ranked #1 Locally, #20 Nationally, and #26 Globally on Reverbantion Rap Charts and #10 on Ourstage’s Urban Charts.
TPT also recently became the face of Mary Jane's™ Beers, Spirits, and Wines and looks forward to all the ventures he has coming with them as well as he's the model for Complete Culture. TPT also recently did some work with John Ridley, writer of 12 Years a Slave, as an extra in the pilot "American Crimes" adding on to his acting resume which includes both "Friday Night Lights" and ABC's "The Lying Game". He's also up for a great roll with another movie which details cannot be disclosed at this time but keep your eyes open TPT has a lot in the works.
(Listed oldest to recent)
Youtube Videos
Jump in Tpt-http://youtu.be/1rwCaD0snC0
Hands DownTpt feat U.S -https://www.youtube.com/watch?v=DgnsXc2zCSU
Voices-Tpt-https://www.youtube.com/watch?v=ZU5Z5fLrmhQ
Voices TpTC&S-https://www.youtube.com/watch?v=NPUD9PUNx1I
Bout MinesHhp feat TPt-https://www.youtube.com/watch?v=pLkevmFAiyY
SurviveTpT-https://www.youtube.com/watch?v=UZ-9vK3QyCE Slow MotionTpT feat Beezy&HHP -https://www.youtube.com/watch?v=gSABNBja_C4
Last Caesar Tpt-https://www.youtube.com/watch?v=7WUDpsOPKGs Juvi show U.s vision-https://www.youtube.com/watch?v=4mJ7gfby8AE
Thats lyfe-Tpt https://www.youtube.com/watch?v=A5jz9Y0Nd-o
Trina openin Jump on it event-http://youtu.be/v_Lhj6NkqVk
TpT SXSW- Live from collegetake ova- http://youtu.be/V4ONmX0qkzM
Atx Hip Hop awards-http://youtu.be/Ou9yhXSs0ZY
TpT ALBUMS and Mixtapes-http://youtu.be/Kzlq0JSsMIA
Mary Jane commercial-https://www.youtube.com/watch?v=Fx-vja1YPEA
Search TpT theres more interviews ect...
Social Sites
(Main site)- http://tptspitstruth.com/
Mtv-http://www.mtv.com/artists/tpt/
Twitter-https://twitter.com/T_P_T
Soundcloud-https://soundcloud.com/tpt-trial-pain-tribulation
Reverbnation-http://www.reverbnation.com/tptspitstruthdotcom?profile_view_source=header_icon_nav
iTunes-https://itunes.apple.com/us/artist/tpt/id258479489
Google rap tpt
Ourstage.com-http://www.ourstage.com/tptspitstruthdotcom
tumblr-http://tptdalivest.tumblr.com/
instagram-http://instagram.com/tptrealmusic 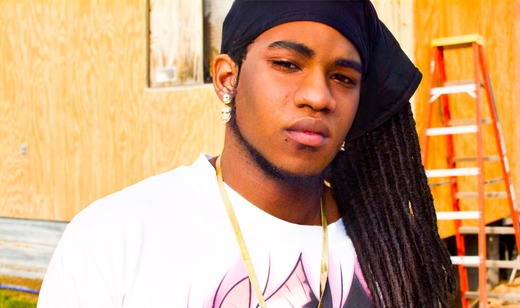