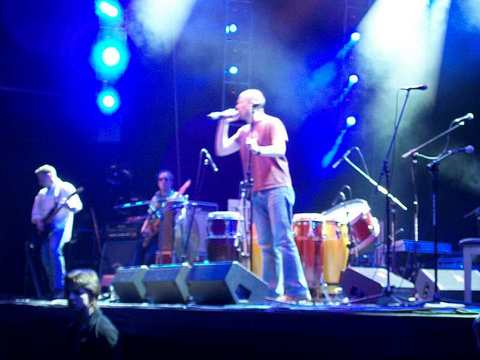 What a year it's been for 9Lies

It was the year which saw the 'Behind It All' album being released to critical acclaim, with massive radio airplay around the globe, and all without a record company being involved! It was also the year which saw the song 'Blind' being snapped up by Warner Brothers, and 'Behind it All' the title track from the album finding a new home as theme tune to reality tv show 'Our Prisoner' in the USA. We've been beamed up and down from satellites around the world more times than we care to remember.

In just 6 months, 18000 people joined us on our 2 International myspace sites and in the last 3 months we've gathered almost 900 groupies since joining the Bebo social networking site, with fans placing our songs on over 1500 of their playlists!

The Song 'Slippin Away' has not only been downloaded online during the last year more than 29,000 times, but has more recently been chosen by ASCAP for excellence in songwriting at the ASCAP Music Expo 07 in L.A.
Download sales on digital sites such as iTunes and Rhapsody have remained strong, as have Material Worldwide CD sales from our Online Music Store, and all of this is down to you! Thankyou!!!

It does'nt end there though! The new album 'Halfway from Nowhere' is almost finished and sounding absolutely fantastic!! If you haven't already done so, then join the 9Lies Mailing list for free, to be kept up to date and receive free member offers!