« See all of For Every Day's Songs 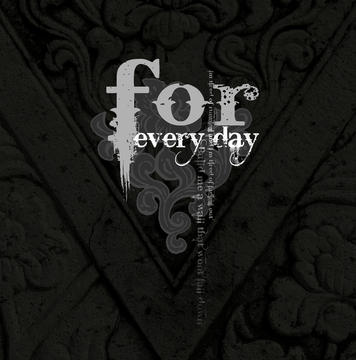 by For Every Day

Moments was recorded at Indian Trails studio in Krum Texas in June 2006. It will be a track on the band's debut full-length to be released in September 2008.
Uploaded: September 12, 2008
Duration: 3m 6s

Wow I heard most of the LP and it's just great, ONCE is my favorite. Sure to hear you on the radio soon. Good Luck!
by markjackson on September 29, 2008 at 9:22 PM EDT

What a band and a Freshman drummer to go along with the three Juniors. Great original stuff and they could easily play a whole set without a cover.
by Mark Gray on September 29, 2008 at 9:19 PM EDT

As an old rock and roller I really enjoyed listening to this band. It is a great sound. Thanks, Bob
by thegreenwhale on September 29, 2008 at 8:53 PM EDT

I saw this band perform at The House Of Blues a few weeks and they really rock. Most of the songs are original..good luck guys.
by 4bones on September 29, 2008 at 6:02 PM EDT

These guys are great

These guys sound awesome live and on their cd.! Original songs..great drumming..Very Excellent! Rock On!
by bonita_b@live.com on September 29, 2008 at 12:42 AM EDT