« See all of Twelvestep's Songs 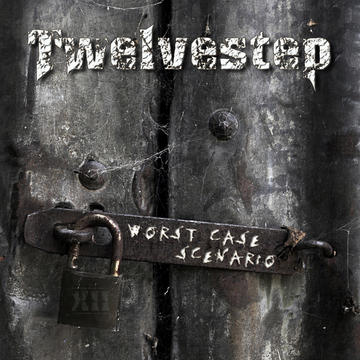 The debut single from the Swedish metal band Twelvestep. Their debut album "Worst Case Scenario" has created a buzz in Europe and in the United States, so watch out!

The album is produced by world famous producer Rickard Bengtsson (Arch Enemy, Opeth, Spiritual Beggars), and it is available for download at most major digital networks.

A track worth less than nothing..

The sounds absolutely nothing like Metallica. Not even a little

YOU GUYS ARE FUCKIN AWESOME

I don't know where there getting Metallica from, but sounding like Metallica isn't a bad thing at all

dont worry guys you sound nothing like metallica..... i voted you guys 1st all the way thru the quarters and semis sad to see you guys just missed out... this tune is sick. check out my band you may dig our style as well
by HORSESHOES & HANDGRENADES on March 16, 2009 at 12:35 PM EDT

Gud shit on tha song. Yall kinda remind me of Metallica a lil bit but @ tha same time yall still sound like only U. But yall got talent. Real talk. Stay on ya grind.
by TiNKY Tha Punchline Dealer on March 6, 2009 at 2:27 PM EDT