« See all of Nomdic Wax and Sol Productions' Songs

by Nomdic Wax and Sol Productions 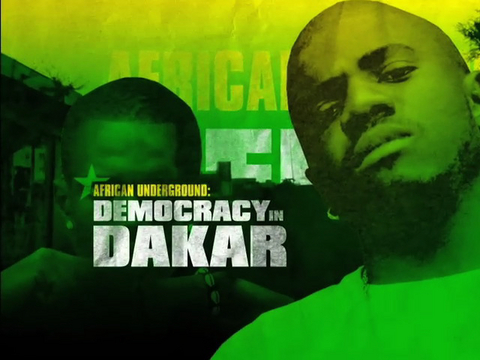 / 11:18
e achieved in Senegal - a country where the recourses are vastly limited and thousands of youth die every year trying to flee to Europe in small boats? Episode 6 - "The African Dream" addresses this question, and the desire for rappers in Senegal to export their music and live abroad.

This doc was very very well made. Perhaps the best made documentary on this channel. The high quality graphics, tight editing, beautiful colors, and the audio makes this a very hard short to compete with on the technical level. However, this doc fails to keep it's originality, only holding to the fact that it is based in Senegal. The cable networks and travel and history cable channels air this stuff all the time and stuff like this is produced fast, quick, and under a tight deadline. I've personally seen so many international rap music or underground rap music documentaries that is doesn't have any originality to it's story, other than being in Africa. There have been numerous docs shots back in the 1980's, if you do your documentary film history, tons and tons of black culture, rap artists, and cultural hip hop documentaries already done and have been aired so many times, it's insane to count them. To make this documentary "stand out" - it already impossible because other than the location being different, we have already heard these guys preach how original they are for bringing rap to here or there, or trying to make themselves stand out, when rap has been around forever and in every coutnry for over 30 years. THe validity of the interviewer's subjects in being posed as somewhat fathers of or bring a new this or new that, it all falls under the same convention of rap, or better to be informed of the influence of and "why" being in Senegal is so different than street rappers or professional artists in Japan, Brazil, Mexico, and in Europe. It is a hard sell to me, but the technical part of this doc is flawless. Nice job for such a cliched History Channel, VH1, or MTV-style doc