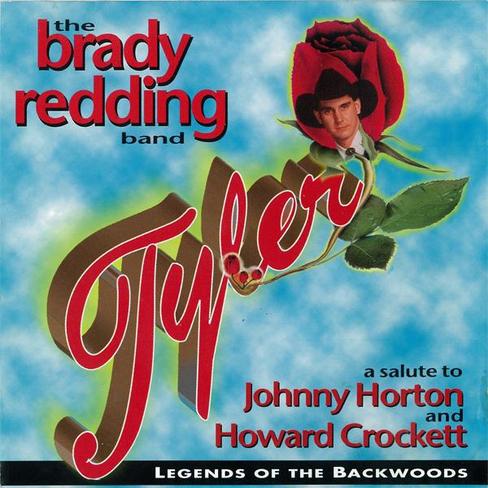 Brady is a Texas country music singer/songwriter/producer/publisher/musician and talent scout living in Denver, Colorado. Brady has 2 CD's to his credit. One produced in Texas and one in Nashville. Brady is hoping to record his 3rd CD after being in a hiatus from the music business for the last decade. It's actually been over 10 years since Brady recorded his second Nashville produced CD and Brady is really looking forward to recording some new original material soon. Brady is also a distant relative of Mae Boren Axton who co-wrote "Heartbreak Hotel" with Tommy Durden/ Elvis Presley and became Elvis’s first PR lady. She was also known in the music industry as the ‘Queen Mother of Nashville’. Mae's son was singer/songwriter Hoyt Axton who co-wrote songs such as "Joy to the World", "Jeremiah was a Bullfrog", and "Della and the Dealer". Hoyt was also a famous actor (Gremlins). Mae was trying to help Brady in Nashville in 1996-1997 and encouraged Brady up until the time of her passing in 1997. Brady has also worked with and co-wrote songs with Howard "Crockett" Hausey who co-wrote "Honky Tonk Man" which was recorded and made popular by country artists such as Johnny Horton and Dwight Yoakam. Howard Hausey took Brady under his wing in the early 90's and encouraged Brady up until the time of his death to never give up on his dream of trying to make it in the country music business. Howard was Brady's biggest mentor and was a big supporter of Brady as a country music singer/songwriter. Brady has also worked with Sonny Christopher who introduced Brady to Howard Crockett in 1993 and is not only a huge supporter of Brady but is also a close friend and co-writer. In addition, Brady has worked and co-written songs with Jon Rutherford, Todd Payne, David Samuel Thornton a.k.a. D. Sweeter as well as many others over the years. Brady co-wrote a lot of his original material with his close friend, manager and co-writer David Samuel Thornton a.k.a. D. Sweeter. Sadly Dave passed away Feb. 14th, 2009. Brady co-wrote over 200 songs with Dave between 1991-2008 and Brady hopes to showcase more of those unrecorded original songs co-written with Dave on his next CD due out in the Spring/Summer of 2016 titled "Rocket To Stardom Flipside To Fame" so be on the lookout for that.