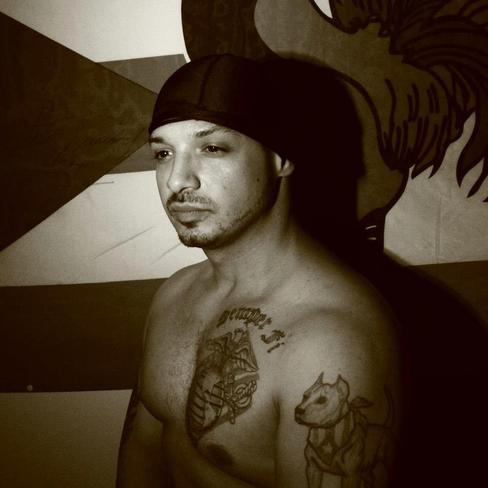 On the Day of December 9th early 80’s, 13 was born in Buffalo, NY at Children’s Hospital. He was then brought to the South Bronx, fostered by his grandmother at just 4 months. As a teenager life went on, and little did he know how things would go downhill. At the age of 13, the young teenager went to his first group home, here is where he started facing the harsh realities of life. Once he turned 15 he was then accepted back into his grandmothers household, later to be put back into a group home shortly thereafter. The second time he called it quits, and decided he was going to escape from the Kingston group home. 13 then waited inside of a statue for 5 hours, till everyone figured that he was long gone by then. Night time came, and it was dark out. He then finally headed down to the train tracks, and started his journey back to the city, which was a ways for him. Suddenly a flash of headlights came towards him, he then quickly ducked into a bush. As a car searching for him passed him at a fast speeds, he then gets up, and continues walking 8 miles till he finally reaches the Metro North. This heavily spirited individual then lived inside of his car on and off from time to time. He chose to drop out of high school, 6 months prior to graduating in spite of his music. Two of his friends mothers at the time let him stay with them for a few, while he went back to high school, but that didn’t work out for the troubled teen. He realized that it was a huge mistake, his mother let him live with her on and off while he achieved his G.E.D., but no matter what he did, she would then kick him out, and make it harder for him to do so. Despite of everything, he achieved his G.E.D.. His grandmother let him move back, if he agreed to go to college for computers, being that he is naturally computer savvy. He agreed - 2 years later he achieved his Computer Technician Diploma, and 6 months after; he then received his Assoc. Degree in Networking Security & Computer Information Technology. During the process, it still was not easy, as having a troubled family; during the process of him achieving an academic background, 13 was in and out of the streets on a weekly basis. Lyrically gifted, 13 went on and auditioned for Def Jam music records. Shortly after rhyming 8 bars he slipped up and blew the audition. 13 had to stop, and put his music life on hold after that, due to being homeless. He ended up in the hospital, while at the hospital his girlfriend at the time told him that Def Jam called him back for a second audition. 13 could not make the audition due to being homeless. It’s now time for 13 to come back home, and start a new beginning with his music career, and be with his grandmother once again. Stay on the lookout as this talented young rapper will soon be playing on your radio waves, and music decks.