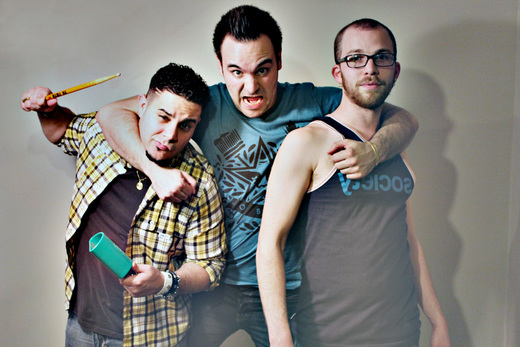 Born by the soul of Prince and Bill Withers and wrapped up in the overtones of Passion Pit and Phoenix is the sound of producers, multi-instrumentalists, and New England based band YOUNG PANDAS.
Rising out of collaboration on a project with Jason Goldstein, Grammy winning engineer for The Roots, the story of Young Pandas follows a group of musicians hell bent on making music that will last a lifetime. Fun, youthful, and unafraid to push boundaries, the panda is a rare and endangered species. We feel the same is true of real music, so we follow in the footsteps of our musical ancestors - Stevie Wonder, Prince, Michael Jackson, Bill Withers. Combining the efforts of a traditional band with cutting edge Hip Hop producers, Young Pandas takes the spirit of current music to a new plane

The symbol of the panda promotes oneness in diversity. Our music does the same; a modern blend of the classic, raw, organic approach to music influenced by the sounds of young music today - Miike Snow, Bon Iver, J Dilla, and others like us.