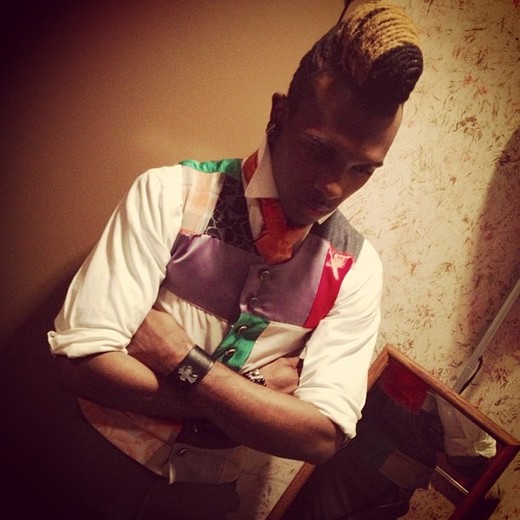 About Zeek 'The Experience'

With a voice you won’t forget and a debut EP entitled “Emotions” (a self-written and self-arranged project) ZEEK, also known as “The Experience,” dramatically draws listeners in with his truly one-of-a-kind, soul-stirring voice. Song after song, he melodically weaves tales of life and love over lush arrangements with classic lyrical depth.

It is not often that a newcomer has such a meteoric rise from anonymous small town teenager to the forefront of industry buzz, but ZEEK is certainly one such case. When the ambitious young singer/songwriter took to Twitter in search of advice on marketing his music, it was there he connected with his soon-to-be manager Jon Pierre of Pier Entertainment LLC.

The artist’s unique vocal tone stopped Pierre in his tracks, and ZEEK quickly saw himself on a flight to Philadelphia for his first photoshoots, professional recording sessions and official live performances.

Originally from the tiny city of Kankakee, Illinois, and hailing from Pine Bluff, Arkansas, ZEEK was raised in the church and has been singing since the age of 5. He was taught the ins and outs of music by both of his parents—his mother having taught him vocal technique and his father teaching him saxophone. It was not long before he (and everyone else) quickly realized that singing, writing and performing was what he wanted to do. ZEEK soon went on to showcase that talent in numerous churches, talent shows, festivals, and plays. His love for the art grew exponentially and performing on the world’s stage became his passion.

Growing up, ZEEK (born Zachariah Burse) was barred from listening to anything other than gospel in his parent’s house. He would incessantly borrow CDs from friends, longing to hear artists from Maxwell to Al Green. At age 12, he was introduced to Jazz, which also quickly stole his ears and his heart. Influenced by the unexpected and dynamic vocal trills of Ella Fitzgerald, ZEEK began experimenting with his own vocal range and technique, honing a sound all his own.

Now 21 and having relocated his career to soul music capitol Philadelphia, ZEEK has been honored to have performed in front of thousands of people, including opening for national acts like Dru Hill. He has also sung on The Steve Harvey Show and has roused audiences nationwide in markets including New York, Houston, Atlanta, Detroit, Illinois, Tennessee, Arkansas and Alabama. He has performed for legendary music executive Mr. Andre Harrell, winning his high praises. ZEEK has also made a name for himself behind the scenes, writing and arranging music for a number of performers, and recording demos for multi-platinum artists like John Legend.

As a vocalist, arranger and songwriter, ZEEK infuses the best elements of Soul, Pop, Jazz, and Gospel into a mélange that tugs your heart with honesty and prowess. One listen and it is clear that these are the very beginnings of an awesome music journey.